Sanford POWER Baseball Academy is a program that works with kids from 8 through college age on developing and improving different skill sets for all baseball players.  We have specific training knowledge and workouts for kids just beginning the game and for those with extensive playing experience.  We work with these players on Hitting, Pitching, Infield Play, Outfield Play, and Catching.  We have several individuals with vast knowledge and experience at the college and/or professional level who helps individuals have a better understanding of the mechanics and drills to improve these techniques for each of these aspects of the game.  The individuals working with your kids have all competed at the collegiate level, and two have played and coached at the professional level. We have over 27 years of professional experience which provided us with variety of learning experiences. This has helped us create a training regimen that allows for a very positive atmoshpere to learn and get better.  When completed, your son or daughter will be more confident and have a better understanding of what is creating the improved skill set and game play. 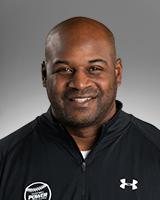 Steve played professional baseball from 1991-97 including a four year stint in the New York Yankees organization before becoming the Hitting Coach for the “AA & A” affiliate of the Montreal Expos.

Steve managed the Florida Marlins “A” affiliate from 1999-2004. In 2006, he was selected as the Hitting Coach for the “AAA” affiliate of the Florida Marlins where he coached for two years. He has managed or coached numerous Major League Baseball players including: Jason Bay (Seattle Mariners), Grady Sizemore (Cleveland Indians), Dontrelle Willis (Detroit Tigers), Josh Johnson (Toronto Blue Jays), and Chris Coghlan (Florida Marlins).