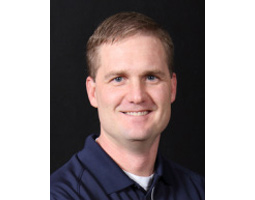 Kurtiss Riggs has extensive experience playing and coaching at the high school, college and professional levels. Riggs attended the University of Sioux Falls and set numerous conference and national passing records while playing there. After winning a National Championship and earning National Player of the Year in 1996, Riggs went on to play professionally in Europe and in several indoor leagues.

Riggs started his coaching career at Roosevelt High School in 1998, and returned to USF to coach quarterbacks from 2005-2009. While at USF, two of Riggs' quarterbacks were named National Players of the Year, and USF won three National Championships.

Riggs started his coaching duties for the Sioux Falls Storm in 2001. Under his leadership, the Storm have won six national championships from 2005-2012. During his tenure as Head Coach, Riggs has been named Coach of the Year three times, led the Storm to back-to-back undefeated seasons in 2006 and 2007, and has compiled a career record of 140-28.

Riggs was inducted into the NAIA Hall of Fame in January, 2013. 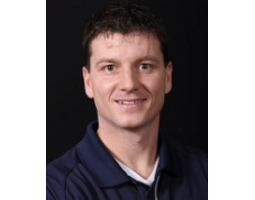 Siegfried coached ten years at Sioux Falls Roosevelt High School, serving six of those years as the Defensive Coordinator. During his time at RHS, the team won three state titles. Siegfried also joined Coach Riggs and the Sioux Falls Storm as the Defensive Coordinator for the 2012 season, and the Storm enjoyed an undefeated season and earned their sixth IFL championship.

"I’m excited to be part of this opportunity for athletes of all skill levels to obtain year-round training on football fundamentals. I have seen firsthand what many striving football players lack as they progress to high school. Through Riggs Premier Football, athletes will receive general skill-level instruction on SAT’s (Stance, Alignment, Techniques), footwork, tackling fundamentals, and more advanced coaching on position reads and assignments, understanding schemes and the language football coaches use today."